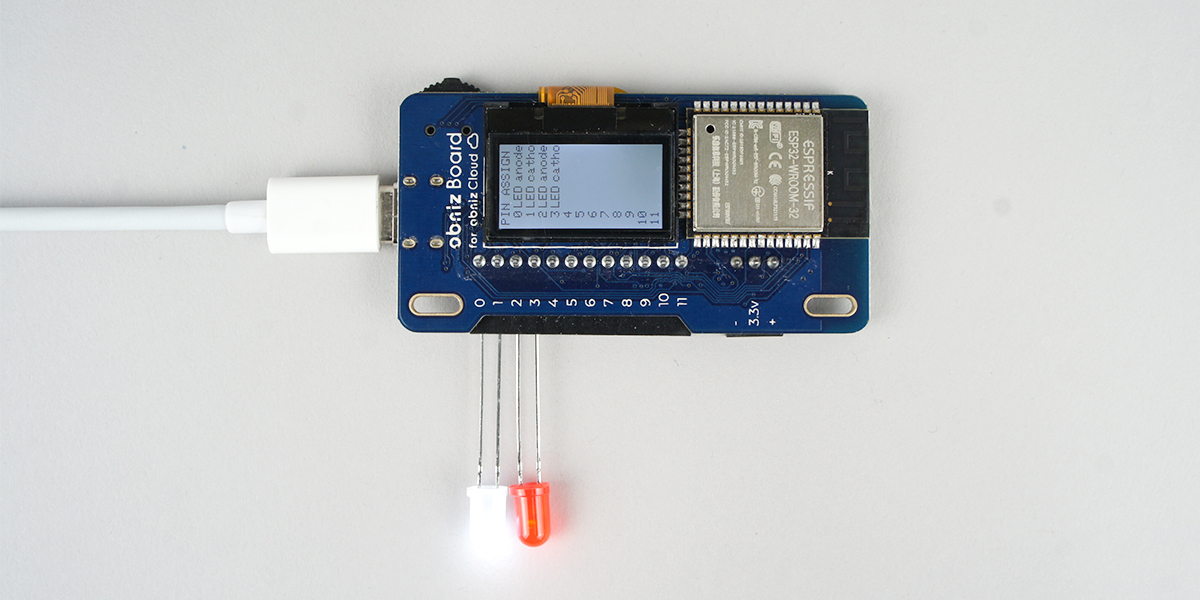 Turn on two LEDs with an obniz Board by block programing.

In the same way as Turning on an LED, connect the LED to the obniz Board as shown below. 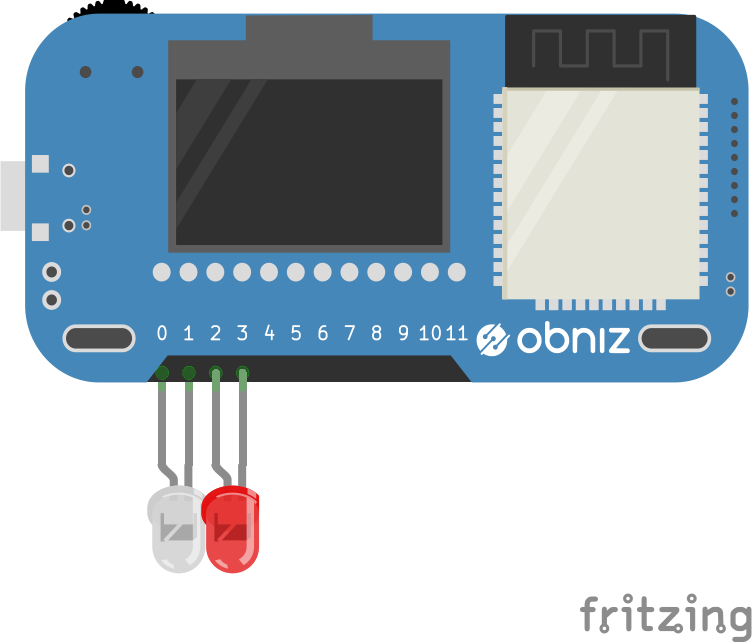 In the same way as Turn on an LED, use “led wired on obniz” block and “Turn on led” block from Light item.

Name the first LED. You can enter the name from the menu,  “New led variable…” 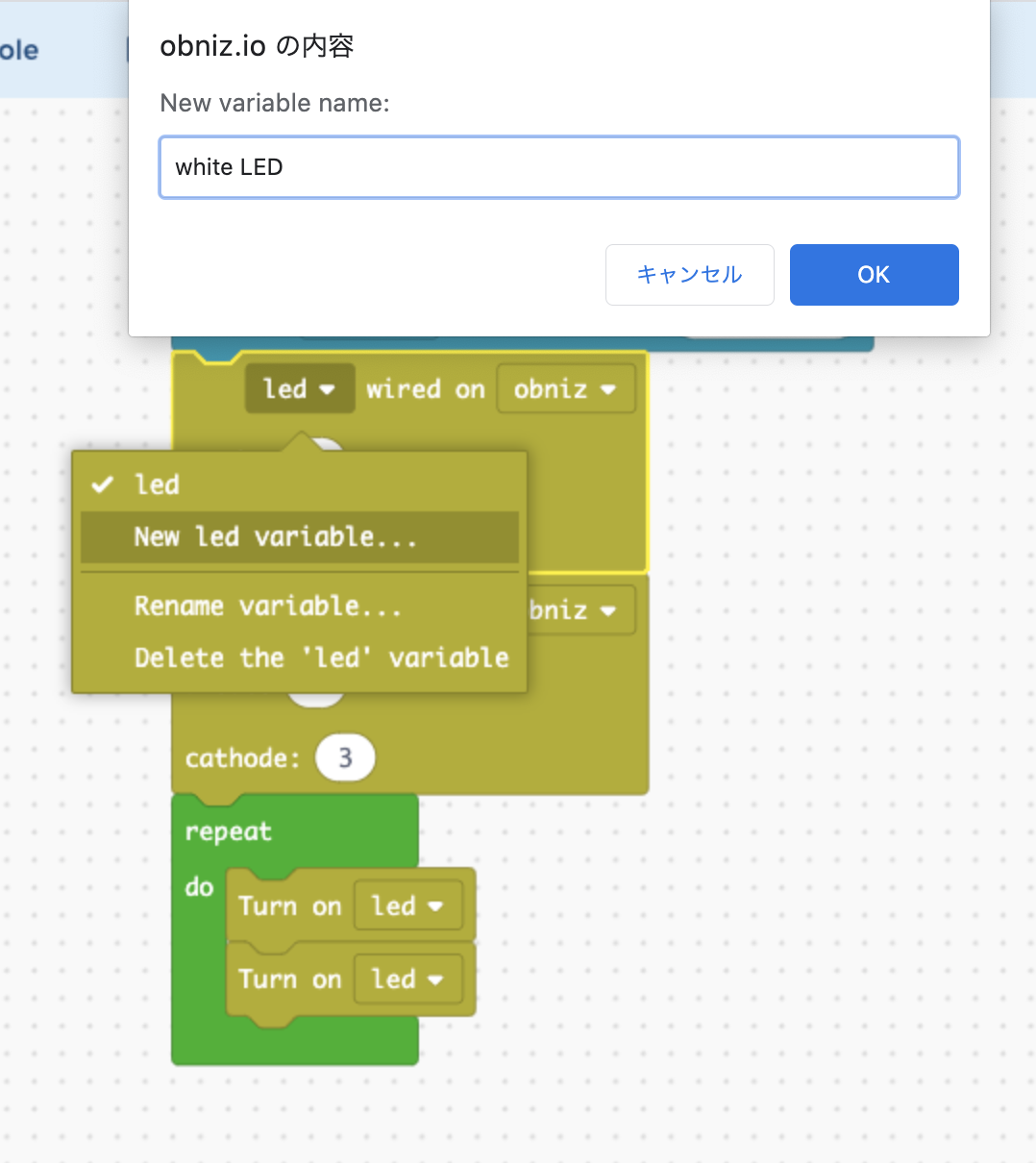 3. Call the LED by its name

Select the one you just named.
This makes the LED whose anode is connected to the 0 pin and cathode is to the 1 pin is “white LED.” 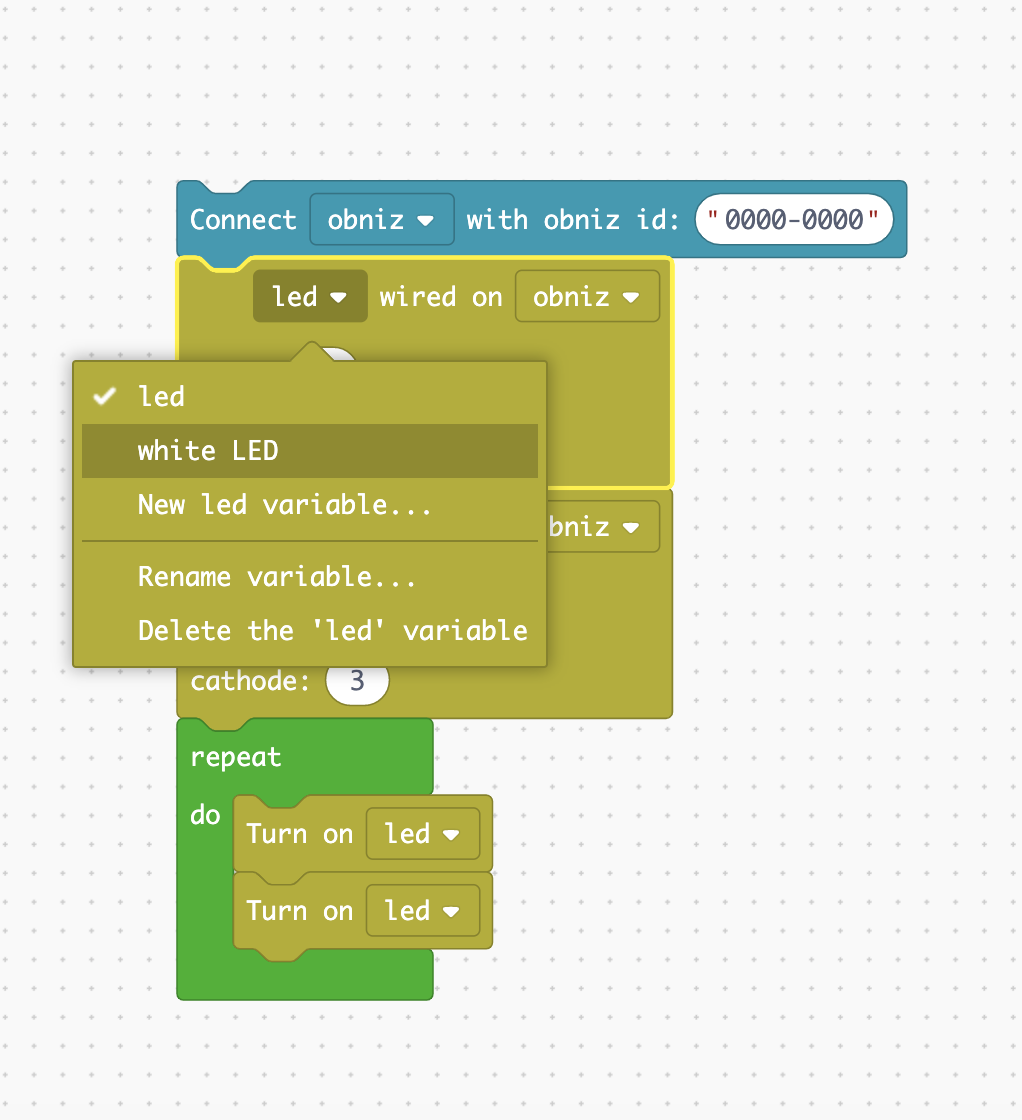 4. Name and set other LEDs

Name the other LEDs and set the pin number of anode and cathode.
Now, you can turn on these LEDs.

It is possible to increase the number of LEDs, or to turn on them one after another. 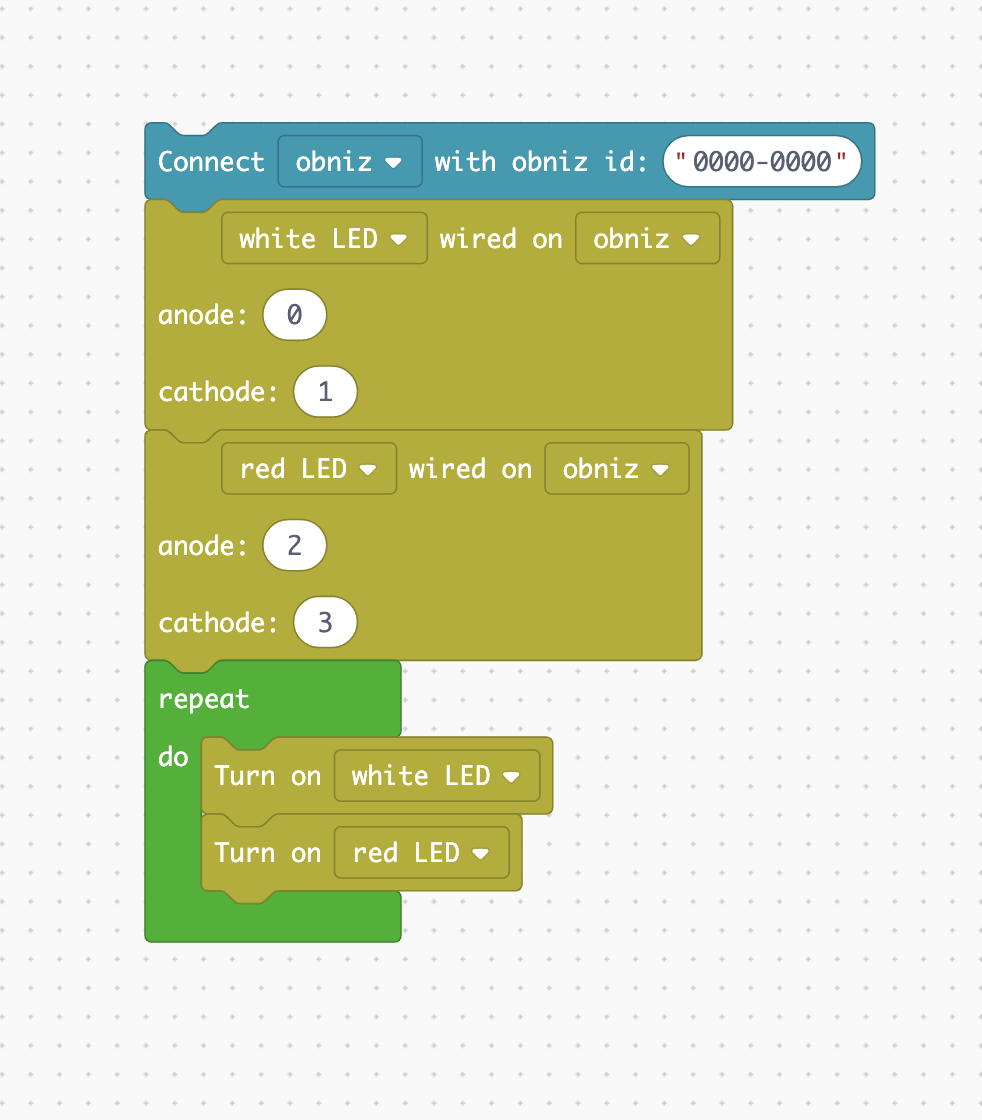